The following article is from the Which? magazine, published in May 2015. 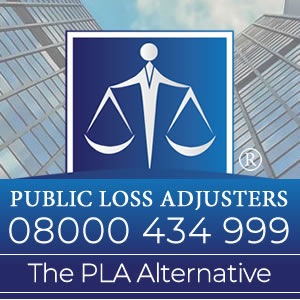 The acid test of an insurer is how it handles your claim. Find out which treat you fairly, and which fight you all the way.

Some insurers can turn a calamity into a nightmare. If you’re claiming on your insurance, you’ve most likely already had a bad experience such as a car accident or a burglary. So unsympathetic staff, frustrating delays, shoddy repairs and miserly payouts can add insult to injury.

In our latest survey of members who’ve made a claim in the past two years, one in five were less than satisfied with their claims experience. One member told us he was left homeless for a year after a burst water main flooded his property; his insurer refused to pay for alternative accommodation and halved his claim. He describes his ongoing fight for a fair settlement as ‘a traumatic experience’.

Industry figures show that more than 4.5m car and home insurance claims were made in 2014. In our survey, 6% of car and 14% of home claims were fully or partially rejected – some undoubtedly for the right reasons. However, six in ten of those whose claims had been rejected didn’t take further action, mainly because they didn’t think it was worth the hassle or didn’t know what to do.

How to avoid claims hassle

Our research identified five common problems in the claims-handling process. Follow our tips on how best to avoid or deal with them.

ACTION: Pick an insurer that scores highly for overall claims satisfaction, speed and customer service. Don’t be afraid to speak up if you’re unhappy about delays.

PROBLEM: Repairs that are poor quality or take too long to deal with. Frustration with the inability to choose your own tradesperson.

“(Insurer) arranged the repair at an incompetent garage who gave very poor service.”

ACTION: Most insurers have a panel of tried and tested tradespeople. Speak to your insurer if you’re unhappy with the chosen trader, or would prefer to use your own. It should be prepared to negotiate. You will probably be asked to obtain quotes for the work.

“I was made to feel like a criminal when I had been the victim.”

ACTION: Respondents were asked for proof in 81% of home insurance and 49% of car insurance claims. Keep receipts or invoices to prove ownership. Take photos of high-value items and any damage done. Report the incident to policy and get a crime number.

PROBLEM: Disagreements over the amount that the insurer agrees to pay out for a claim. Complaints that vouchers had been given instead of cash for items such as jewellery.

ACTION: Keep a file of receipts for high-value items to prove their worth. Get an up-to-date valuation for antiques. Look out for policies that offer ‘new for old’ replacements.

PROBLEM: Claims can be rejected if the policy doesn’t cover the incident being claimed for, or you haven’t complied with a policy condition.

“The rules they referred to in the policy document were very vague.”

ACTION: Before you buy a policy, check the details carefully so you know what it does and doesn’t cover. Most place responsibility on the policyholder to take all reasonable steps to prevent loss. For example, most car insurers won’t pay out if your car is stolen because you left the keys in the ignition. Watch out for single-item limits for unspecified valuables on home contents insurance policies, as items above that value won’t be covered. Choosing a Which? Recommended Provider will ensure you get good cover because Which? experts have analysed the policy and rated it highly.

People with a history of claims are seen as a higher risk and are likely to pay more for cover. Of our respondents who had renewed with the same insurer following a claim, almost half noticed that their premium had increased.

You’ll need to weigh up whether it’s worth claiming or not. If the value of your claim is less than the excess, there’s clearly little point.

For minor damage it might be cheaper, in the long run, to repair without involving your insurer. But you’re legally obliged to notify your car insurer of any accidents, even if you don’t claim. And you must tell your home insurer about incidents such as burglaries.

How well does your insurer handle claims?

We were surprised by Which? Recommended Provider John Lewis’s car insurance claims satisfaction score. It told us it receives largely positive feedback directly, but acknowledged that, ‘according to the Which? survey, there is room for improvement. We will be reviewing our procedures to ensure we offer customers the high quality of service they’ve come to expect.’