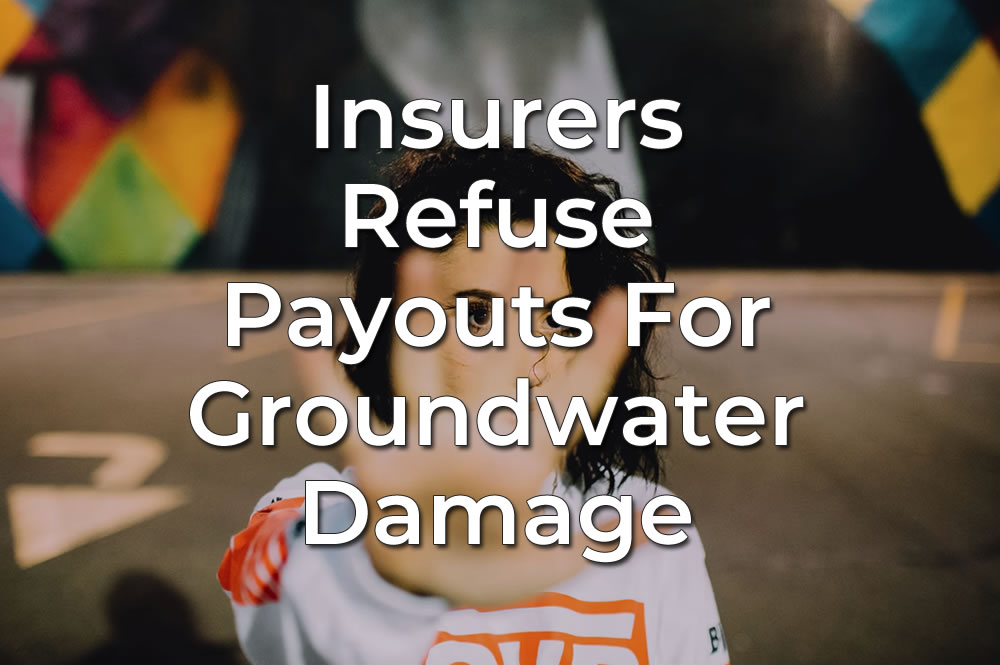 A quarter of homeowners whose properties have been flooded since the start of the year may be refused payouts for damage to their houses because of a little known inclusion in the small print of insurance policies.

Esure, Co-op and Admiral are amount several companies that do not accept claims relating to groundwater flooding, where damage occurs because of water saturating the ground after a sustained period of wet weather. Flooding caused by rivers bursting is covered.

Aviva policies state they do not cover floods for loss or damage that happens gradually, while L&G policies exclude underground water.

Data from the Environment Agency shows that 2,320 homes damaged by floods since the start of the year, 563 were caused by rising groundwater. Last was, the agency was monitoring high groundwater levels in Dorset, Wiltshire, Hampshire, Kent and Sussex.

Sir George Young, MP for North West Hampshire, confirmed to the Sunday Times that he had intervened in the case of one of his constituents who was refused a payout for groundwater damage, and that the decision had now been reversed.

He said: I am happy to take up other cases with constituents who believe they are not being fairly treated. Baroness Symons of Vernham Dean raised concerns about the issue in the House of Lords last week saying groundwater exclusions were Preposterous.

During previous periods of flooding, such as in 2007, groundwater was less of a concern because the weather occurred over a shorter period.

Paul Mustow, flood risk manager at the Environment Agency, said Groundwater flooding has been a bigger issue this time because underground water stores were already full after a very wet 2012. Groundwater levels could take weeks or months to drop in places.

The association of British Insurers said: If it can be shown that flooding was caused by seepage of water from a nearby river, drains, or other cause over a period of time, it may be classed as a gradually operating cause, which is not generally covered by home insurance.

The financial Ombudsman Service said it started receiving complaints last week about insurers refusing to pay for damage caused by the recent floods. Insurers that do not specify groundwater exclusions include Lloyds, LV, Nationwide and Churchill.

It is also worth checking policies for other flood related exclusions. Hiscox for example does not cover flood or storm damage to gazebos, pergolas, arbours, gates, hedges, fences or damage caused by river or coastal erosion.

Admiral, as well as excluding groundwater damage, excludes losses due to subsidence, heave or landslip resulting from storm or flood.

Justin Beddows at Admiral said: If water rises, or floods a cellar following heavy rain, such as we have had recently, then we would consider paying out. If the build-up of water is gradual, over months, we could look to exclude it.

You can tank your property to avoid some of the worst effects of rising groundwater. This uses chemicals to seal areas of your property, but the process can be expensive. A cheaper option is to use pumps to clear water out as it seeps in. Go to the National flood Forum website for a list of approved flood resilience measures.

A government scheme to make insurance affordable for owners of flood risk homes, through a £10 levy that will apply to all home insurance policies, does not cover groundwater damage. However, the scheme, known as Flood Re, will not take effect until summer 2015.

If you have a dispute with your insurance company find out if Public Loss Adjusters can help.