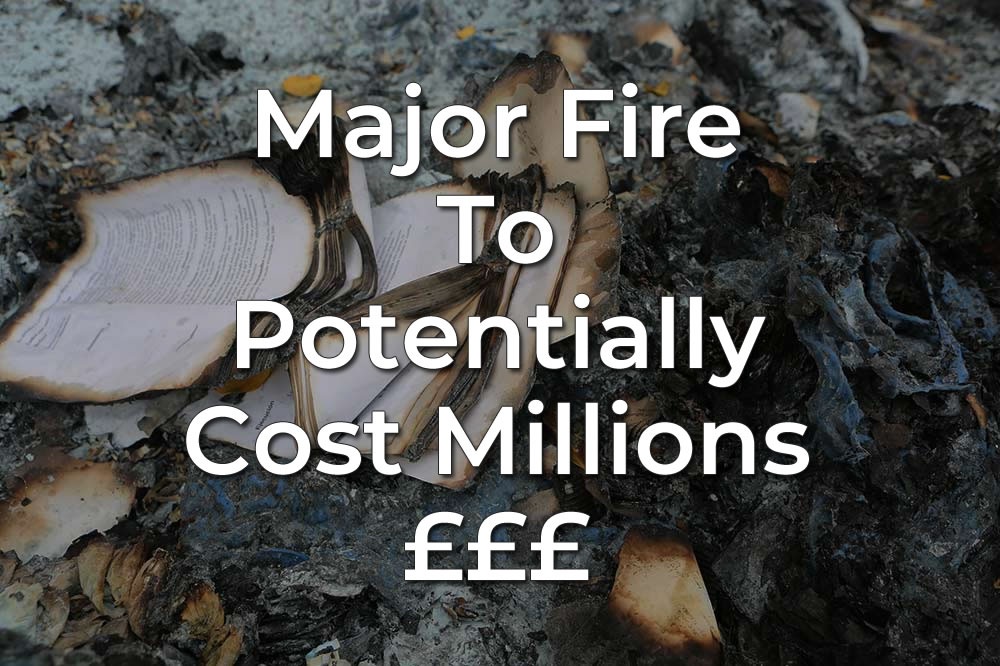 A fire broke out in The Works bookshop in Week Street at around 2am on Sunday. The building was covered in flames across all three floors and specialist appliances were sent to the scene to join the 90 firefighters fighting the flames. No one was hurt but the store has been destroyed.

In total, more than 25 shops have been affected by the blaze including; Mothercare, Lloyds TSB, Boots Opticians, Thomson, Hotter, Clarks, M&S, WHSmith and more.

Mr Harrison, who is also the council’s emergency planning manager, said: “The Works will have to be completely demolished. The two on either side we would hope to retain as much of the structure as we possibly can.” He also added that Maidstone police station’s CID team are working on the investigation, supported by forensic officers.

Area manager at Kent Fire and Rescue, Steve Jeffery, said: “On arrival the whole building was engulfed in fire and the fire had already spread to the roofs of the adjoining properties. A large amount of damage has been done to the building which will have to be made safe before the lower end of Week Street can be opened to the public.”

Maidstone and the Weald MP, Helen Grant, commented: “My first reaction was one of horror. I think the emergency services have been absolutely tremendous. I think the difficulty now is balancing business continuity with community safety. Hopefully we can get the shops and businesses open as quickly as we possibly can. Many businesses around the country are now operating on shoestrings, things are getting better but it is still difficult so I’m sure there will be cost and profit implications as a result of all of this. There is devastation at the moment, a beautiful old building is just a shell now, but the phoenix rises from the ashes. We are a strong town, we will work together and we will rebuild, but it’s truly shocking. It could have been so much worse if there had been people inside.”

The town’s high street usually attracts up to 35,000 people a day, and the total insurance bill is expected to run into millions of pounds. Gary Rogers, director of Public Loss Adjusters Ltd, also puts the compensation figure in millions of pounds. Our specialist chartered loss adjuster also commented: “We specialise in representing the public not the insurance companies’ interests and here we are clearly looking at tens of millions of pounds compensation. Claims will include demolition work, re-roofing for others, refurbishment, stock and content loss, trading interruption, loss of income and in some cases relocation. And the longer it takes to get things back to normal; the more the bill will rise.”

For more information about the fire, please visit http://www.kentonline.co.uk/maidstone/news/huge-fire-breaks-out-in-38212/