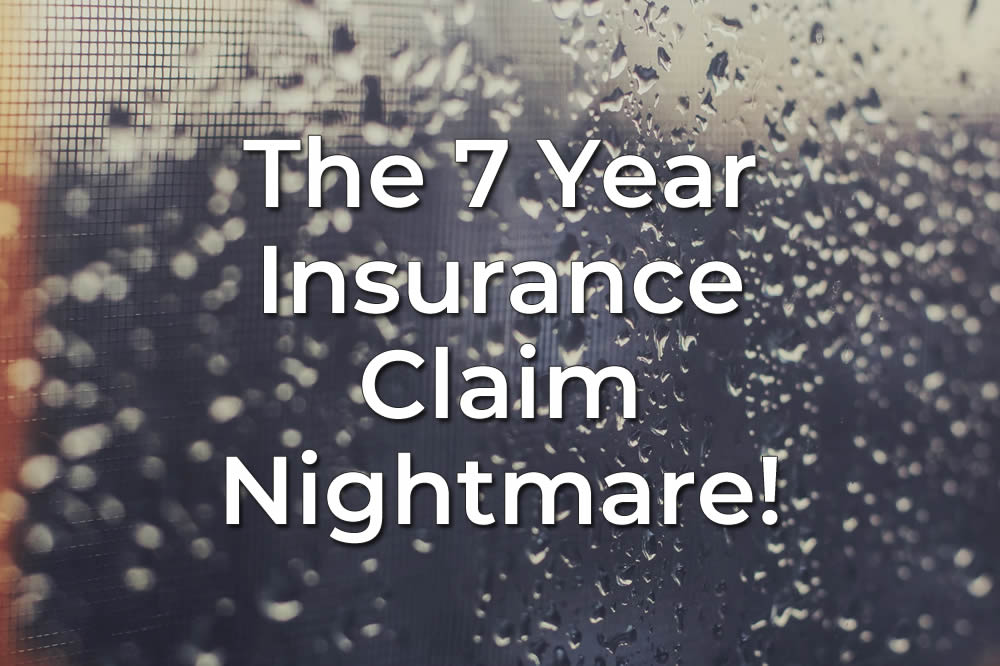 Couple Waited Seven Years For Insurance Claim To Be Settled – Don’t Let This Happen To You!

At Public Loss Adjusters, we know just how stressful and time consuming it can be when dealing with an insurance claim. Insurance companies are constantly dragging out claims and making them go on much longer than they actually need to. Here The Daily Telegraph has written an article on how a couple have been severely mistreated – they have been made to wait seven years for their insurance company to act on the damage that occurred all those years ago.

Homeowners and insurers are gearing up for another tough winter, as claims rise during the colder months.

Telegraph Money has been contacted by many homeowners who are still unable to return to their homes a year after the December floods last year, although insurers say most claims are now settled and most customers are back in their homes.

But sometimes poor-quality work results in people being stranded for even longer, as the case below illustrates.

‘I was told that I was making excuses, and the house was fit to live in’

No one knows the problems that can arise from mishandled claims better than John and Angela Padgett, from Doncaster, South Yorkshire.

The couple have endured a seven-year battle following a break-in that caused flooding at their home in November 2009.

The burglars caused extensive damage, smashing lavatory cisterns, breaking the basins and turning on taps and leaving them running. When Mrs Padgett arrived home, disturbing the intruders, the house was flooded.

The Padgetts moved out immediately. A surveyor from Crawfords, appointed by Aviva, their insurer, said the clean‑up operation would take three months, plus however long it took to dry out the house.

He appointed one of Aviva’s approved contractors and the work began. But that winter was the coldest since 1978. During the “big freeze”, temperatures in Yorkshire dropped to -10C and the house froze up.

Despite some reservations about the quality of the work, the Padgetts eventually moved back into the house in August 2011.

“I was beginning to have grave doubts,” Mr Padgett said. “But I was told that I was making excuses and the house was fit to live in. Immediately, we had a list of complaints.”

The couple were unhappy about small things, such as the bathroom fittings that didn’t match the ones which had been removed.

More serious, though, were the problems with the plumbing and the Aga stove.

The central heating was leaking, while the Aga worked only at a fraction of its full power, and no one could work out why. Finally, in September 2014, the water tank in the loft imploded, and the ceiling fell in.

An inspector from the water board came to inspect the house and told the couple that it was too dangerous for them to live there.

To make matters worse, it was found that the Aga, which had been damaged during the freeze of 2009, was leaking carbon monoxide and had to be removed.

In total, the couple were out of their home for 38 months. They finally moved back in May this year, but are still subject to constant investigations from builders trying to work out what has gone so wrong with the plumbing.

Mr Padgett said: “I want my house finished – and I want someone to stand up and say: ‘We’ve made a mistake.’

“I also want my life back. Seven years of life is not a video cassette. You can’t rewind and use it again. It’s gone.”

The couple took their complaint to the Financial Ombudsman Service last year and won.

A spokesman for Aviva said the firm was “keen to resolve the matter as quickly as possible”.

He said: “We have worked with Mr and Mrs Padgett to help resolve this claim, particularly the ongoing water pressure issues.

“We have appointed specialists to help resolve these issues and, on the advice of Mr Padgett’s surveyor, we are currently investigating the replacement of the existing water mains pipe to increase pressure to the property, which involves digging under part of the garden .

“However, we accept that there have been some areas of the claim which have not been managed as well or as quickly as we would have liked.

“Some of the repair work has been below standard, which has led to delays and further problems as these issues have tried to be resolved.

“These issues have been compounded by some contractors not returning to site to finish the work, so further contractors had to be found.”

He added: “In line with the ombudsman’s ruling, we offered £2,500 to the Padgetts and we have subsequently increased this offer to £3,000.”

James Walker of Resolver, a service that helps consumers complain about poor service, said customers were still being pressured into using an insurer’s own contractors, instead of finding their own.

This might be presented as being quicker and more convenient for the homeowner, but it can result in work of poor quality.

“There is definitely still an emphasis on saying: ‘You should use our contractors’,” said Mr Walker. “I see it with car insurance, where companies offer customers a longer guarantee for using their own contractor.

“While a guarantee is good, you then often find they’re not doing the quality job you should expect.”

Customers who have problems with contractors or loss adjusters should take their grievances back to the insurer themselves.

This means there is evidence that you have flagged matters up early, which could be useful if a formal complaint is made later on.

Typically, an insurer’s first response to a claim is to send a loss adjuster or claims manager to the house to assess the financial impact.

They are often not expert in building and surveying and can misjudge the scale or cost of repairs.

Some claimants also experience delays of several weeks while contractors are appointed, meaning vital steps such as the installation of drying equipment are not taken.

Some companies seem to be learning, though. NFU Mutual has changed its focus to starting the repair work as soon as possible, instead of focusing on the cost of the claim, as has been more common for home insurers.

Mr Walker said some insurers had also improved their provision for flood victims as a result of the government-backed Flood Re programme.

This reinsurance scheme makes it cheaper and easier for homeowners in flood-prone areas to get insured.

As a result, insurers are forced to be more competitive, because their customers can shop around more easily.

When dealing with an insurance claim, make sure you do not make the same mistake that this unfortunate couple did – acquire the professional services of Public Loss Adjusters. We are constantly fighting your corner to ensure you get the best possible entitlement fee and to ensure that the claim is completed as soon as possible so you can return back to your normal routine. We know how stressful it can be when dealing with an insurance claim, so let us help you so you can get the best possible result.