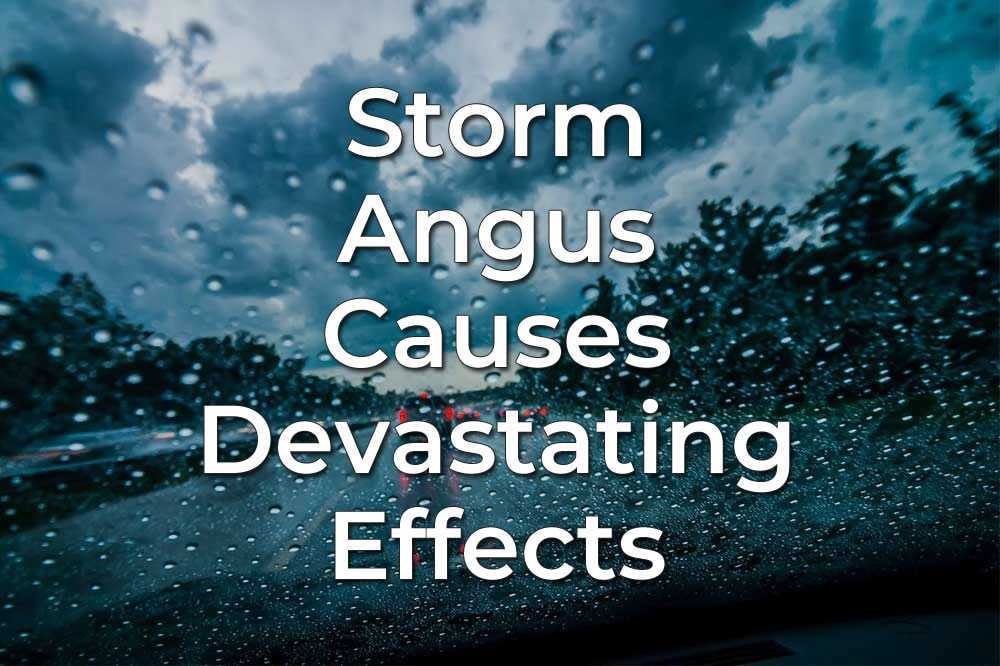 The first named storm of the 2016, Storm Angus, has hit the South West of England after predictions and has brought wind speeds of up to 97mph and left thousands of homes powerless after a months’ worth of rain fell in a few hours. The storm consequently led to the closure of schools, roads and major rail lines whilst many homes and businesses were flooded.

Starting off with a major flood alert, Storm Angus caused destruction to the South West of England, mainly Devon and surrounding areas and has even claimed a woman’s life.

With Devon being Storm Angus’s hardest hit county and with floods of up to 4ft deep, any home or property has been in jeopardy. During the storm, a takeaway caught fire in Devon. This fire proved very difficult to control due to the fact the high winds were helping to fan the flames and made it hard for the firefighters to carry out all normal procedures when extinguishing a fire.

As well as flooding homes, leaving them full of sludge and mud and destroying people’s possessions, Storm Angus has caused trees to fall onto the road and river banks to rise, making any road a potentially hazardous one. Sea defences have also proven ineffective; in Swanage, the water came over the sea walls and eventually the wall itself was battered down by the strong record winds.

Call Us Before You Call Your Insurer

Obviously, we would prefer it if not one person was affected by the storm, but we know that Angus has caused destruction to thousands. If you have been exposed to the damage, we are here to help.

At Public Loss Adjusters, we pride ourselves on customer satisfaction, we aim to get every single client their deserved entitlement. We will fight your cause until you feel you have got justice for the hardship inflicted on your house, however difficult this particular situation is. Call us today at 08000 434 999 or 0333 5770 999 to find out your warranted compensation today.