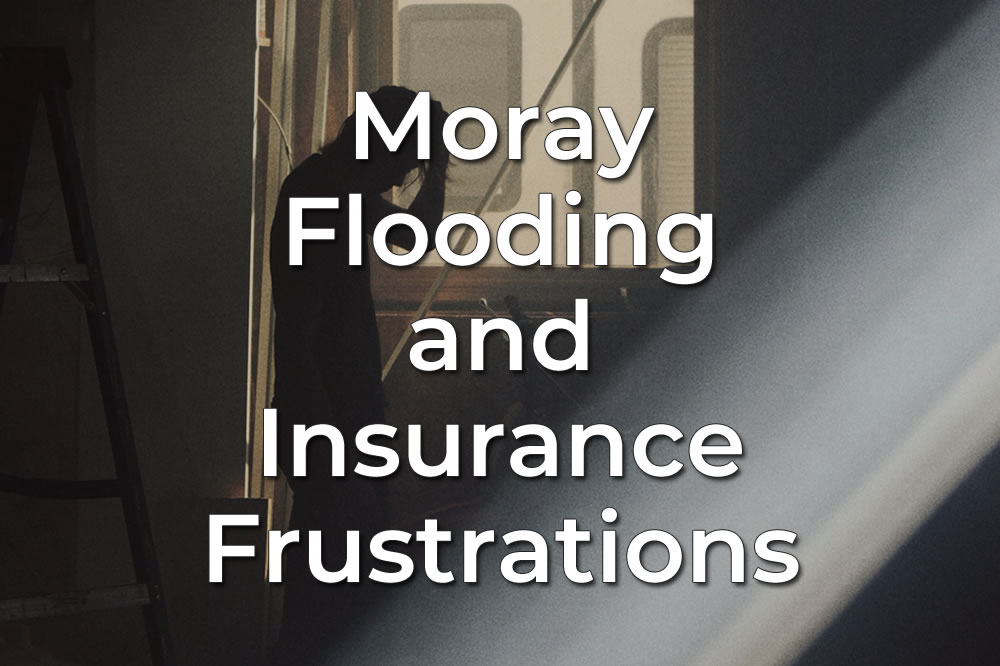 Residents in the Scottish district of Moray have been expressing their anger towards insurers after recent flooding. Many policy holders have been left to worry about whether their insurers are even planning to pay for the damage that has effected many properties in the area. How can the Public Loss Adjusters Alternative help when flooding damages your property?

After the tail end of hurricane Bertha reached the UK last week, homes had to be evacuated in some areas of Moray in northern Scotland. Despite sandbags being distributed by the council some residents of Dallas were not so lucky and suffered flood damage to their properties.

One week later some residents have expressed their frustrations with their insurers over worries over if they are going to be paid out or not for water damage that has been caused to their properties?

As reported by The Press And Journal, Charles Gerrie of Sonas, Dallas has be quoted as saying:

“There is still no word from the insurance companies in regards to whether they are going to pay for it or not.“

“But the assessor has been, they got dehumidifiers and they have been saving as much as they can themselves.“

“It’s a near nightmare to understand what the insurance companies mean.“

“When John took out this policy there was no mention of distance from the river.”

“Now they are saying you have to be a quarter-of-a-mile away from a water source.”

“I don’t think there is a house in Dallas that isn’t less than a quarter mile away from the river.”

So how can the Public Loss Adjusters Alternative help when your property is damaged by a flood or water damage?

Unfortunately Public Loss Adjusters come across this type of standoff between the insurer and the policy holders time and time again. In many cases we help many property owners in similar situations who believe they are insured when the insurance company says otherwise.

If you are currently in a dispute with your insurer after flood damage get in touch with the Public Loss Adjusters Team to find out how we can help you to claim everything in which you are entitled to.

Do not take NO from your insurer without talking to us first!