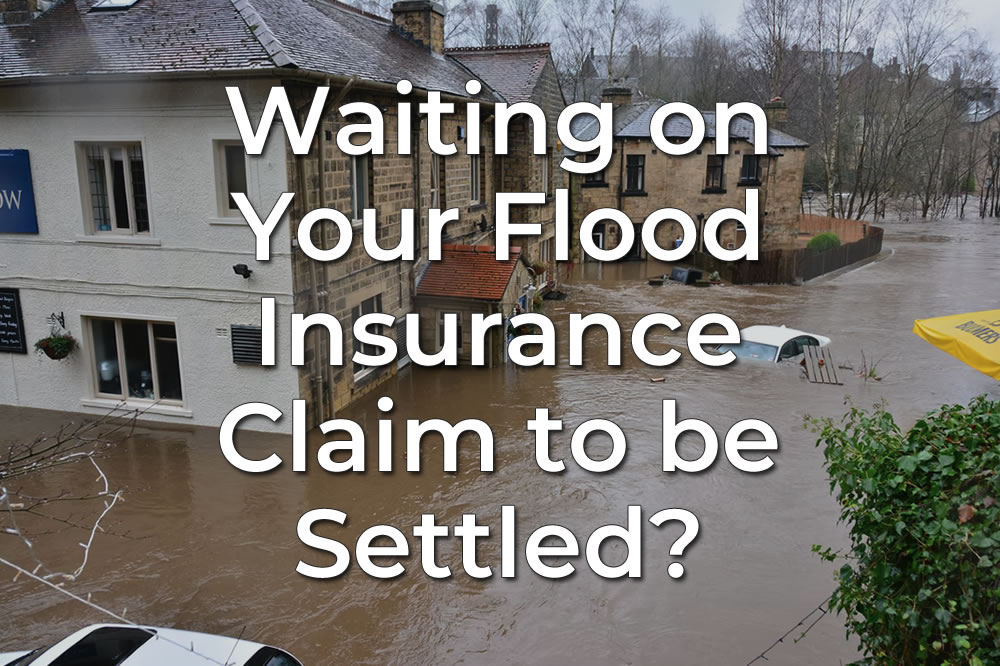 The services of Public Loss Adjusters have been acknowledged in a article printed in the Daily Mail and thisismoney.co.uk by Miles Dilworth.

Since the flooding in Fishlake, Doncaster in November of last year, the article highlights many of the problems that policyholders have endured whilst dealing with their insurers.

The article also mentions the benefits that homeowners who have appointed Public Loss Adjusters are seeing thank to our negotiating skills with their insurers.

With the unprecedented amount of flooding that has occurred this month we believe this article highlights the importance of appointing PLA at the earliest possible opportunity. This will ensure that your flood claim is managed with your interests put first.

Read the full article below!

Homeowners recovering from last year’s devastating floods are still fighting to secure insurance payouts while others are nowhere nearer moving back into their homes.

As parts of Britain face record floods, Money Mail has spoken to families who are battling insurers up to four months after their homes were destroyed.

Experts have criticised the ‘unhelpful attitudes’ of some firms, which are stopping victims getting their lives back on track.

Craig Elliott’s bungalow in Fishlake, South Yorkshire, was submerged under 4ft of water after the River Don burst its banks last November.

He says that he and his wife Mary, 63, are still unable to move back home.

Craig, 59, says his walls, floorboards and bathroom need to be stripped and replaced because they have been contaminated with sewage.

But he says Trinity Claims is only offering to put laminate over the floorboards to cover the swelling, patch over damaged plaster and clean the bathroom.

The retired electrician, who is living in a caravan, says the firm ‘is doing as little as it can’.

‘There are 12 bungalows along my street and they’ve all been sorted,’ he adds. ‘They’ve been an absolute nightmare.

They’re basically trying to bodge my house back together. We haven’t slept for 14 weeks. We’re in bits.

‘It’s everything we’ve ever worked for. I had it perfect. I just had a new kitchen fitted. I’d just retired thinking now we can enjoy ourselves a bit. Then this happened and we’re in purgatory.’

He is insured with Policy Expert, who referred him to Trinity Claims. The father-of-two appointed Public Loss Adjusters to step in for a second opinion on February 13.

Director Andrew Price says: ‘This is the worst management of a flood claim where liability has been fully accepted I have seen.

‘I am also managing the property next door — it was fully stripped out and drying is due to complete next week.’

Trinity Claims says it found ‘a pre-existing ventilation issue’, which had caused wood decay and was not covered under Craig’s policy. It says there is ‘no physical damage to the bathroom’.

A spokesman added that once it was granted permission by the homeowner, it would begin work to reinstate the property, including replacing kitchen units, within a fortnight.

It said work would then be completed within four to six weeks, ‘with all work covered by a two-year guarantee’.

He says his claims handler Trinity Claims told him his kitchen appliances didn’t need replacing because their motors were above water level.

But Mike, an engineer, turned his washing machine upside down to show that the motor was at risk and offered to do the same with the tumble drier, dishwasher and fridge-freezer.

He says Trinity Claims agreed to replace the goods as a result. The father-of-two says it also refused to pay for a replacement kitchen, despite replacing that of a neighbour on an adjacent street, whose water damage was identical.

Trinity Claims agreed to pay for the family’s accommodation until February 10, the date it said it would have completed the work by.

Mike, 38, opted to take the cash settlement and do the work himself. Mike says it has left him several thousand pounds out of pocket.

Trinity Claims says: ‘We have settled Mr Rosser’s claim and paid him the amounts under his policy. He did not raise a complaint with us.’ Mike says he saw no point in raising a formal complaint until he had moved back home.

Neighbour, Liz Perry, 54, is also still in temporary accommodation. Her home is still too wet for work to begin.

She says this is partly because she was not advised by Trinity Claims to turn her central heating back on until the end of January. 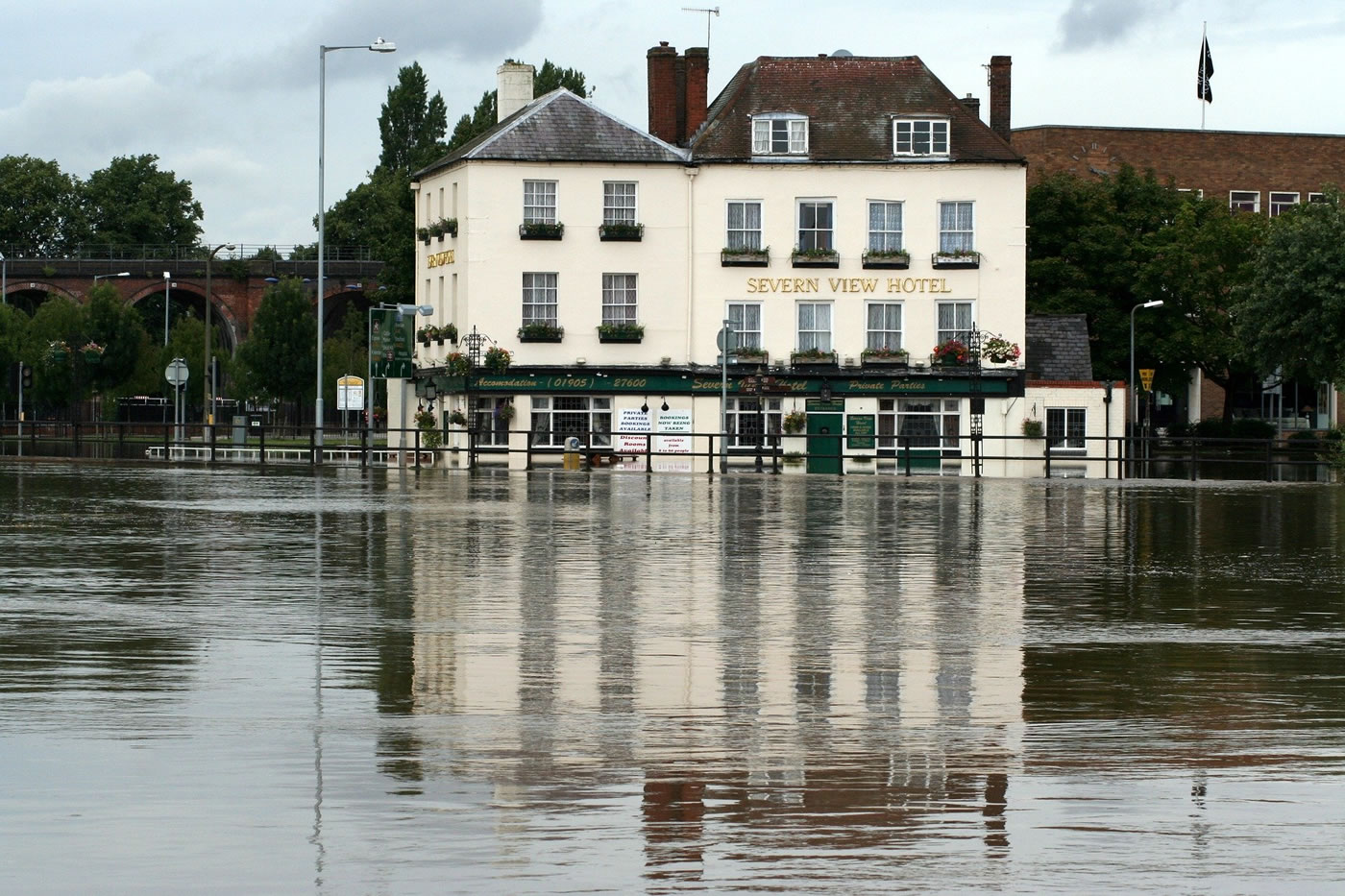 Flooding has affected properties throughout the UK in February

Trinity Claims says it told her to do so in November, which she denies. She adds: ‘Even if they had, the gas boiler requires electricity and Trinity had disconnected its electricity supply.’

He said of Craig’s case: ‘Any loss adjuster could look at a case like that and find relatively minor issues that they’re going to be awkward on, rather than taking a broad-brush approach and saying this family has experienced a disaster, let’s get them back on their feet.

But they’re still discussing the basics.’ He added: ‘It’s a fundamental principle of insurance that the policyholder is put back in the same position as they were before the loss.’

In 2016 the Government set up insurance service Flood Re to ensure that anyone living in a flood zone could get affordable cover.

But some homeowners are still being rejected by insurers. Heather Shepherd, of the National Flood Forum, says the organisation’s helpline has received hundreds of calls from householders in at-risk areas complaining that insurers won’t cover their homes.

Heather, 60, who lives on a farmhouse with her husband near Shrewsbury, decided to test the stories by applying for contents insurance with two insurers ‘with good reputations’ — NFU Mutual and Ecclesiastical.

She says Ecclesiastical turned her down without giving a reason and she battled with NFU for more than a year before giving up.

‘It was one obstacle after another, never admitting that it was because I was in a flood zone,’ she adds. ‘First they said I didn’t have the building insured with them so I agreed to add that.

Then they said my three cars weren’t with them, so I offered to add those. Then they said one of the cars was too old for them to insure. They were clearly trying to avoid insuring me because I was a flood risk.’

Flood Re cites research by Consumer Intelligence showing 93 per cent of householders whose properties have been flooded can now find quotes from five or more insurers, compared with none before Flood Re was set up.

Chief executive Andy Bord says 94 per cent of UK home insurers are signed up to the scheme but ‘the decision on whether to pass the flood element of a specific policy to Flood Re lies with the insurer’.

NFU says it could not insure Heather because ‘her circumstances did not meet our acceptance criteria’.

It added that it tried to work with customers to ‘reduce their ‘overall risk profile — for example if they have other assets requiring cover that are not flood affected’.

Ecclesiastical says it ‘is a specialist insurer offering specialist products and cover in our chosen markets’, adding: ‘All insurance companies have different underwriting acceptance, policies, cover and pricing.’

An Association of British Insurers spokesman says: ‘It is a sad fact that badly flooded homes and businesses can take months to fully dry out, and insurers will do everything possible to speed up the drying out process, so that the repairs can begin and homeowners and businesses can get their lives back together.’

Source: This is Money