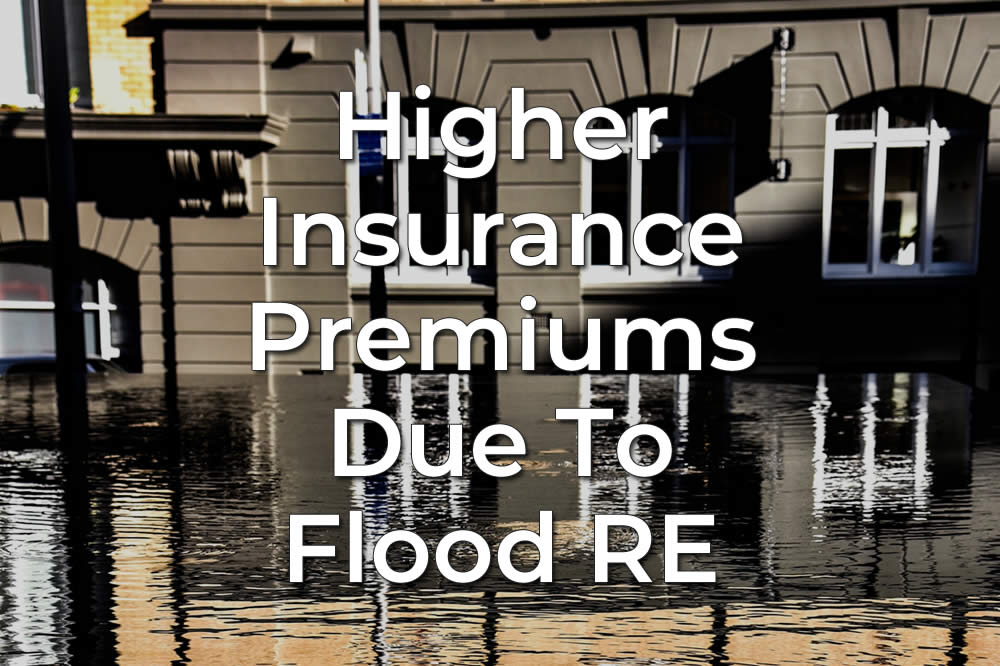 Are You At Risk of Higher Premiums Due To Flood Re Exclusion?

Government officials have been accused of “Empty Promises” over a fund that is intended to prevent venerable flood risk homes being left un-insured.

The British Property Federation has warned that several types of properties will be excluded from the governments Flood Re scheme. This will result is many insurance premiums sky rocketing!

A national levy named as Flood Re is due to be introduced next year in order to help lower the cost of flood insurance cover.

Insurers claim that Flood Re is needed as current commitments to provide properties is now unsustainable, due to the lack of funding for flood defences, as it is simply too risky!

Groups that have been excluded include some types of private properties and commercial premises. This is due to the fact that ministers claim that there is little evidence to suggest that they would have any difficulties purchasing insurance premiums in the open market.

This has been disputed by many policy owners that are excluded from Flood RE because they already have had to pay much higher premiums, as well as increased excess levels. As a result, ministers are going to monitor the impact this has on excluded properties.

Will Flood Re Really Guarantee Access To Affordable Flood Insurance?

The director of policy for a lobby group for policy owners and investors at the British Property Federation, Ian Fletcher, has stated “The government’s intention to monitor the impact on various excluded property groups is welcome, but a suck-it-and-see attitude to affordable flood cover is not ideal for either householders or people trying to run a small business.”

However, a response to a consultation by the Department for Environment, Food and Rural Affairs (DEFRA), the property federation has stated that: “There does not appear to be any mechanism to allow the scheme to be amended to include new categories of property, if this is deemed necessary. Without this, the government’s commitment to monitoring the effects on leaseholder properties is an empty one.”

Concerns regarding Flood Re have also been raised by insurance companies claiming that the plans are unworkable due to crucial details as to how it will be funded.

According to insiders at Defra, leasehold houses would be within the scope for Flood Re but subject to certain conditions, one of which is that the leaseholder or immediate family will have to live in the property and obtain property insurance in their own name.

Also protected by the scheme would be buildings which consist of 3 flats or lower on the condition that the freeholder resides in one of those properties or if the insurance is purchased by a leaseholder who has a share of freehold.

“Flood Re will guarantee access to affordable flood insurance for households at high flood risk.”